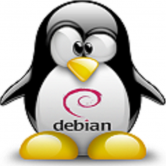 InspIRCd is a modular Internet Relay Chat (IRC) server written in C++ for Linux, BSD, Windows and Mac OS X systems which was created from scratch to be stable, modern and lightweight.

As InspIRCd is one of the few IRC servers written from scratch, it avoids a number of design flaws and performance issues that plague other more established projects, such as UnrealIRCd, while providing the same level of feature parity.

InspIRCd is one of only a few IRC servers to provide a tunable number of features through the use of an advanced but well documented module system. By keeping core functionality to a minimum we hope to increase the stability, security and speed of InspIRCd while also making it customisable to the needs of many different users.